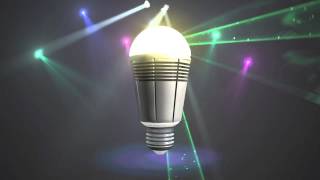 The Lumini is a compact sized mood light that works with one or more alternative standard sockets (E14/E27) which is capable of converting your ordinary lamp to a mood light or a party light in a matter of second.

After the initial launch of our bulbs in June 2013, we found that there was a need for a smaller, more flexible and more affordable version of our smart bulb. Many people came to us for a smart bulb that can fit into the lamps that they bought from Ikea. So we decided to find a solution for them. Also, we want to take smart lighting to the next level, making it more accessible to everyone. Everyone can have a few smart bulbs at their home or work place to inspire and play with.

What's the difference between LuMini and the Original Lumen Smart Bulb?